As reported in our previous blog post, this week saw a second Aylesbury leaseholder fighting the council’s controversial compensation valuations at the Upper Lands Tribunal. In buying back homes on the estate the Council has consistently maintained that all leaseholders are given ‘market value’ in compensation for the loss of their homes. Last week we learned how it arrives at its market value calculation by using illegaly-converted flats as comparable market evidence. This week we learned more about its valuation procedures.

The claimant was a Mrs Olubunmi John, formerly of 28 Wolverton on the Aylesbury estate and now living in the Kent borders. She was represented by Avery Associates chartered surveyors and a barrister from Tanfield Chambers. Mrs John’s surveyor had originally carried out a survey and valued her 3-storey, 4-bed maisonette at £288,750. In adjusting for market conditions he increased this to £297,500 on the date she and her family had to leave. The council’s valuation of Mrs John’s home on the day it took possession was just £165,000.

The hearing began with Mrs John’s representatives producing a council-commissioned report confirming that the buildings were structurally sound. This quickly defeated earlier unevidenced intimations by the council that the Aylesbury estate’s buildings had structural issues.

The barrister then questioned the impartiality of the Southwark council officer who decided on the compensation offer. He pointed out that other boroughs use an independent valuer - somebody from outside the council to decide how much the property is worth. The compensation is then based upon this objective valuation. Southwark Council keep it all ‘in house’: they decide their own valuation and then offer that amount as compensation. Most other London Boroughs - Sutton, Kensington & Chelsea, Newham, Hackney and Lewisham to name just a few - all rely on valuations from independent external valuers as the basis for their negotiations. 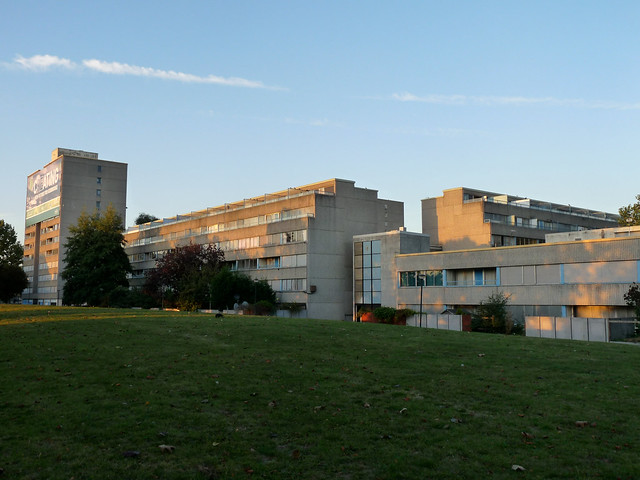 Mrs John’s barrister also criticised Southwark Council for using other properties on the Aylesbury also earmarked for demolition as its basis for compensation. He referred to Greenwich Council doing just this on the Ferrier estate regeneration in Kidbrooke. The Tribunal there rejected the practice as ‘incestuous’ when it heard an appeal from a Ferrier leaseholder in 2007 and ordered the use of properties off the estate to be used as comparables when calculating compensation.

The barrister went on to claim that the Council was undervaluing properties on the Aylesbury and that this was demonstrated by the high returns that buy-to-let investors were making on the estate. He showed evidence that the properties were averaging a 13% yield - more than double the current average return on investment for properties in London which stands at around 6%. Using the London average figure and average rents on the Aylesbury to calculate the market value of Mrs John’s home gives a figure of around £300,000 - nearly double the council’s offer. But even this amount is unlikely to buy her a new home in the swanky new Harvard Gardens - the development replacing her Aylesbury home.

The Lands Tribunal should be there to protect people like Mrs John and her neighbours, including the 130 or so elderly leaseholders left on the estate, but the risk of taking on Southwark Council and losing is too high and Southwark Council is taking full of advantage of the fact. One of the first things the new labour administration must do is start offering the estate’s leaseholders decent and fair compensation for the loss of their homes.

On Thursday this week the new Heygate pop-up boxpark was showcasing its container units to prospective tenants. The event was marketed on the ‘Shoreditch Hype’ website inviting ‘designer-maker’ or creative businesses to ‘head south for Pop-ups’ bringing the East London vibe to the Elephant. Prospective tenants were invited to come and ‘meet the neighbours’ at the nearly completed container boxpark located the former Elephant Park - formerly designated public open space until its controversial enclosure in 2012. 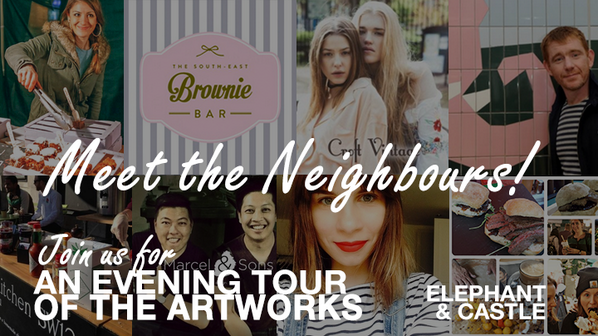 Among the ‘neighbours’ already booked to move into the boxpark - when it is completed at the end of June - are two pop-up fashion boutiques, a massage and yoga ‘vitality hub’, a Mauritian tearoom where ‘Artists and designers will showcase their products within Qubes that form the walls’ and a pop-up ‘Brownie Bar’. There will be another open day for prospective designer makers and creative businesses on Weds 4th June.

In conjunction with the Latin American Women’s Rights Service, local artists Rebecca Davies and Eva Sajovic will be opening the People’s Bureau for a few days on Friday 30th May, Saturday 31st May and Monday 2nd June.

The People’s Bureau is a space and a network to exchange skills and needs. The pilot will run for three days from 11:00 - 17:00 at Unit 306 in the Elephant and Castle Shopping Centre.

The aim of the People’s Bureau is to create a pool of collective local knowledge through exchange, a supporting network of different skills and to draw attention to the diversity and existence of different economies in the Elephant and Castle.

For more information about the project, please go to their website.

Walworth Society and Friends of Burgess Park have joined forces to host a series of free events on Saturday 7th June, under the ‘Walworth Heritage Day’ umbrella. The day will kick off with two guided walks around Walworth. The walks (first at 09:30, second one at 10:00) start at La Bodeguita (South American restaurant at the north end of Walworth Road) will criss-cross Walworth Road until they finish at St Peter’s Church in Liverpool Grove, approximately two hours later.

From 11:00 - 15:00, St Peter’s Church will host the exhibition of the Walworth heritage and an event by Creation Trust:

This is Walworth, by the Walworth Society, is an exhibition of panoramas of all the shops and historic buildings that make up the Walworth Road and see how it has changed over the past 100 years.

‘Put it on the map’, by the council-led Creation Trust - you will be invited to tell your stories of the area at the Listening Post, see old images of Walworth from Southwark’s Local History Library and Archive collection and suggest names of the new streets, blocks and open spaces at Elephant Park (or, as many local people with memory still prefer to call it, the former Heygate estate).

Free refreshments will be provided by the Electric Elephant Cafe at Inspire.